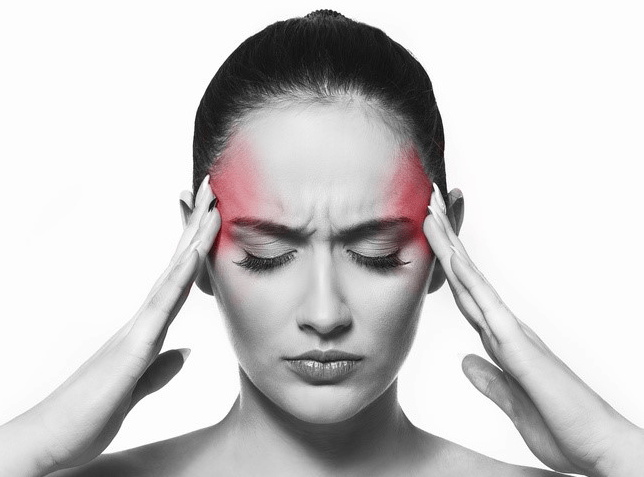 Typical known causes of migraines are stress, sleep deficit and glucose fluctuations. However, certain foods can also trigger a migraine but are often overlooked despite being the cause. If you avoid these certain foods in the long term, you might just get to experience migraine less or eliminate it completely.

Scientists such as Dr. Vincent Martin, professor at the University of Cincinnati’s Department of Internal Medicine or migraine experts at the Headache and Facial Pain Center at the UC Gardner Neuroscience Institute recommend two steps to prevent migraine attacks.

Firstly, avoid all foods which trigger the migraines. Secondly, try eating as many self home-cooked meals as possible, whenever. Your meals should also contain raw foods full of unprocessed nutrients and minerals which can help prevent migraine.

Most researchers came to an agreement regarding what foods trigger migraine, based off of more than 180 scientific studies devoted to the influence of diet on the susceptibility of migraine attacks. You can view Professor Martin’s overview of Diet and Headache online at The Journal of Head and Face Pain.

Let’s proceed to the list of foods that can cause or worsen migraine:

1. Coffee –
Coffee becomes a threat usually not when you drink it, but more often when not drinking it. A caffeine addict might try to lessen consumption after a long time of heavy ingestion, which in most cases, leads to a migraine attack. Caffeine-addicted migraine patients should therefore not suddenly reduce their usual coffee dose to almost zero.

Coffee consumers usually fall into a spiral where they believe that the more coffee they consume, the smaller the chance of getting headaches in the morning. The reality could not be more different. Suppose you are used to drinking three to four cups of coffee daily in the morning and suddenly decide to completely drop the habit or just drink way less. That’s when the migraine creeps in, which is just a sign of the caffeine pull, explains Dr. Martin. So it’s basically not the coffee that protects against migraine, but it’s the caffeine that promotes migraine.

If you are migraine-prone but want to continue drinking coffee, do not take more than 400 mg of caffeine per day. In a small cup containing approximately 125 ml of coffee, 120 mg of caffeine are already present. In addition, we should mention that too much caffeine can lead to anxiety or depressive mood disorders, explains Dr. Martin.

2. Glutamate –
Glutamate is the classic flavor enhancer found in many finished products to give it a hearty taste. You’ll find it in frozen or ready-made pastry dishes, in soups, snacks, dressings, spices, ketchup, barbecues, and almost all Asian ready-meals. Most restaurant foods are packed in glutamate. It’s easier for glutamate to lead to headaches and migraine when taken in the form of liquid foods, such as soups.

So if you become able to cook more fresh ingredients from now on and reduce the number of pre-packed easy made meals in your diet, you will also reduce your daily intake of glutamate and your migraine risk.

3. Nitrites –
Nitrites, found as preservatives, especially in meat and sausage products, precisely to preserve the red color. Nitrite can be converted into carcinogenic nitrosamines in the body. It can also oxidize the hemoglobin (red blood dye), causing the red blood cells to no longer transport oxygen properly. The result is an oxygen deficiency with power dips and restricted organ functions.

Dr. Martin writes that in one particular study, five percent of migraine patients have an increased risk of migraine attacks when they take nitrate-containing foods. Therefore, when buying ready-made sausage and meat products, make sure that the nitrite-containing preservatives listed in the ingredients list are mentioned, including the salt.

4.Alcohol –
Alcohol is the most important, most common and known trigger for migraine attacks. Vodka and red wine or histamine rich alcohols are particularly big threats.

On a side note, it is recommended to pay attention to the fatty substances in your diet, in order to achieve a balanced omega-3-omega-6 ratio.

Oils such as sunflower oil, safflower oil, corn oil and soybean oil should be banished from the kitchen, while olive oil, hemp and linseed oil or even omega-3 rich dietary supplements are used.

Not only the fat quality counts, but also the fat quantity itself. For example, a diet with a fat content of only 20 per cent of the daily calorie intake has proven to be successful in preventing frequent migraines.

To conclude without much fanfare, we strongly recommend the avoidance of alcohol, caffeine and nitrite- or glutamate-containing foods. Stay healthy and hopefully, you’ll take our findings into consideration.