When we think about the popular 20th-century visions of the future, we often feel disappointed, asking, where is my jetpack? Where is my flying car?

However, in one fundamental sense, the future is already here, and that is with the developments in medical treatment that have cut the death rate or seriousness of many diseases, and almost eliminated others. Even since the turn of the century, many aspects of medical treatment have made tremendous advances. Here are some of the most amazing medical advances:

1. Decrease in Number of Deaths from Heart Disease

While heart disease remains the number-one cause of death in the US, the actual numbers have declined significantly since 2000, when 257.6 million people died from it.

By 2016, that number was down to 168.5 million. A combination of factors including medical advances, account for the decline: the number of cigarette smokers continues to fall, new drugs and surgical techniques mean fewer deaths from heart attacks, and other drugs help slow the advance of heart disease.

In 2000, the American Heart Association announced that it wanted to cut heart disease, stroke, and associated risk factors by 25 percent by 2010. That goal was met by 2008 and by 2015, the decline approached 35 percent.

While new drugs and techniques for attacking cancers have improved the prognosis for many cancer patients, the real excitement is in how our fundamental understanding of what the disease is and how it works has changed in recent years.

The development of genetic mapping has helped researchers understand various cancers at the molecular level.

While we still talk about “lung cancer” or “breast cancer,” due to medical advances, scientists have been able to classify differences between tumors based on their molecules and are beginning to develop treatments where your immune system is reprogrammed to recognize those molecules and attack them like bacteria or viruses.

This opens the possibility of completely changing the standard treatment of cancer in the next decade, making it more treatable, more curable, and without all the awful side effects of chemotherapy and radiation. 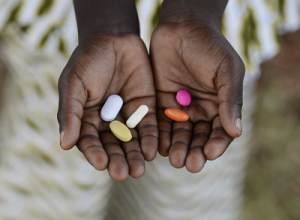 Simply put, more people survive terrible injuries than used to, in large part as a side effect of the wars in Iraq and Afghanistan.

Due to medical advances, treatments available to front-line medics, at base hospitals, and faster transport to major medical centers has massively increased survival rates for soldiers wounded in combat. Those techniques have translated to civilian emergency care in the last decade and are saving lives that once might not have been.

With more people surviving, however, there is an increased need for support and therapy going forward for injuries like traumatic brain injuries and amputations. Prosthetics have already made significant developments, and advances in 3D printing promise better and cheaper future replacements.

Hepatitis C is an infection that, without treatment, slowly destroys the liver’s ability to function, which leads to death unless the patient receives a liver transplant.

While some drugs were available, they were ineffective in a third of the patients, and for those who did respond, the treatment took nearly a year, with multiple drugs that had harsh side effects. Due to medical advances in the last few years, new drugs have lowered treatment time to a matter of weeks instead of months, have far fewer side effects, and an over 90 percent cure rate.

In our lifetimes, Hepatitis C has gone from a fatal disease to a manageable chronic illness, to one that can be cured entirely.

5. We Can Save People from Fatal Opiate Overdoses

The drug naloxone (Narcan), developed in the 1960s to potentially reverse an opiate overdose, was known by the 1970s. However, in recent years, as opiate abuse has spiked, it has become widely recognized as a miracle drug that can save someone who is dying of an overdose.

The difference is the understanding that Narcan will only work if given quickly after an overdose. Because it was only available in hospitals, people who might have survived died instead.

Developments in packaging and injection systems have made Narcan a drug that anyone can quickly learn to administer.

Even more critical, activists working to making Narcan more widely available to emergency responders and even family members of addicts have led to many more people surviving an overdose and getting another chance to beat their addiction.

In 2016, the Federal Drug Administration even had a contest to develop a smartphone app that finds local people with Narcan who can respond when an overdose happens nearby. The winning app, OD Help, is expected to be available soon.

Thanks to these developments and medical advances, we now have a much better chance of living to see the arrival of jetpacks and flying cars. And if people handle them as carelessly as they do automobiles now, we also stand a better chance of surviving the inevitable wrecks and collisions!