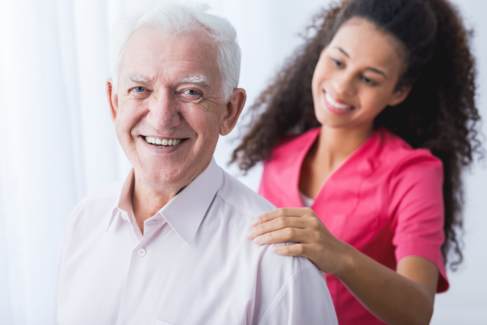 Alzheimer’s is a condition that causes loss of memory, problems with thought processing and reasoning as well as provoking disorientation and confusion. It is the most common and widespread form of dementia which also leads to complete loss of the memory function. Currently there is no established cure for it but many treatments are being tested out and already available. These drugs cannot alter the progressive loss of cells but do manage to stabilize the symptoms early on. Using medication may prevent the need for nursing care at home.

The Food and Drug Administration (FDA) has approved two classes of drugs for the treatment of the cognitive symptoms manifesting in Alzheimer’s. Cholinesterase inhibitors were the first, therefore three common ones prescribed would be donepezil, rivastigmine and galantamine. Donepezil (Aricept®) can be used during all stages of the disease, while Rivastigmine (Exelon®) is preferred for treating mild to moderate Alzheimer’s but Galantamine (Razadyne®) is an option just as useful.

The second mentioned approved cholinesterase inhibitor released to the market in 1993 would be Tacrine (Cognex®). This was actually the very first one to be taken into equation, however, it is rarely prescribed due to potential causation of liver damage and a few other side effects. The utmost important role of these inhibitors it that they prevent the breakdown of acetylcholine – the chemical transmitter essential for memory and cognitive processing.

These mentioned drugs can keep acetylcholine levels high even the cells that produce it keep on dying. About half of those who take cholinesterase inhibitor seem to experience a moderate improvement regarding their cognitive symptoms when at risk of Alzheimer’s.

In regards to Memantine (Namenda®), which had been accredited by the FDA in 2003 for treating moderate and even severe Alzheimer’s, it has been classified as a noninvasive moderate compound N-methyl-D-aspartate (NMDA) receptor antagonist and was the first treatment of this kind to be approved for marketing in the U.S.A.

Memantine regulates glutamate interventions – one of the neurotransmitters specialized in cognitive processing, storing info and retrieval of info, as well as learning new info and memory functionality. Glutamate triggers NMDA receptors that allow a certain quantity of calcium to be released into the nerve cell which creates a balanced environment for information to be stored properly.

When the amount of glutamate exceeds a certain limit, the NMDA receptors become overstimulated, therefore too much calcium enters inside nerve cells causing them raptures and eventual death.

Vitamin E supplements are a good measure for prevention because they help protect brain cells against attacks.

Cell functions can create free radicals – a type of oxygen molecule which damages cell structures and genetic material. The damage done by these free radicals is called “oxidative stress” and may play a part in Alzheimer’s disease. As we age, our bodies’ natural defenses weaken, which includes the ability to create antioxidants naturally, such as vitamins C and E. So taking vitamin E supplements is very much encouraged for fighting early symptoms of Alzheimer’s.