What You Need to Know About Malaria

Malaria is a potentially serious disease carried by female anopheles mosquitoes. It’s caused by any one of four types of single-celled parasites called “Plasmodium.”

These parasites infect and destroy the body’s red blood cells and are passed on to humans through the bites of infected mosquitoes.

How Serious is Malaria?

Malaria is a very serious threat to many people throughout the world, particularly the African nations where it’s most often found. It occurs in nearly 100 different countries, exacting a tremendous toll on both human health and economic stability, especially in developing countries. 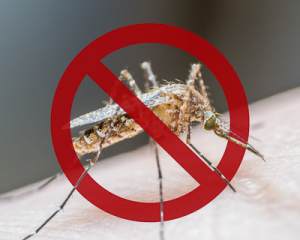 Malaria is responsible for about 1 to 3 million deaths per year. Additionally, millions of others become sick from it, but manage to survive.

It’s a major communicable disease found mostly in the tropics and subtropics, where it kills countless numbers of people each year. Although it can be carried by mosquitoes in temperate climates, the parasite disappears during the winter months.

The disease has been nearly eliminated in areas with milder climates such as the United States, much of the Caribbean and the South Pacific.

Aside from mosquitoes, it’s also possible to transmit the disease through a blood transfusion from an infected person, as well as through the use of contaminated needles or syringes.

Intravenous drug use adds to the risk of infection in poor areas where these mosquitoes are already common. Although malaria is treatable, areas with problems like these are likely to have a much tougher time preventing the spread of the disease.

Malaria is characterized by chills, fever, vomiting and severe headaches.

Diagnosis normally involves observing the parasite in a blood sample. It’s a serious disease that can lead to various complications if not treated promptly.

Because of the damage it causes to red blood cells, it can cause jaundice and anemia, which can leave an infected person feeling tired and listless. Although malaria is a very serious condition, it is treatable once the patient has received medical attention. Treatment typically involves prescription medications.

People of all ages can be affected by malaria, although those most at risk are infants, young children and pregnant women.

Infection is also more frequent and severe in individuals who are HIV-positive. It’s sometimes considered a disease of the poor, primarily because of the remote areas where it’s often found.

Many of these areas lack access to basic health care services, leaving villagers many miles from the nearest doctor or hospital. Malaria is estimated to be responsible for around 10 percent of all low birth-weight babies and 4 percent of all infant deaths in these problematic areas.

Malaria is easily one of humanity’s most ancient and persistent global health threats. It is the deadliest single disease for African children and has probably caused more deaths than any other disease in human history.

It has also influenced the course of history on more than one occasion, having brought the armies of some of the world’s greatest conquerors to their knees. Malaria has plagued mankind for countless generations and will likely always be with us.