Prostate Awareness Month: Signs it Might Be Time for an ER Visit

Growing older, they say, isn’t for wimps. Aches and pains, niggles and worries all increase, and for men the chance of prostate problems looms ever larger.

The good news is that developing a prostate problem is no longer a life-threatening occurrence. There are many treatments available, ranging from simple medication to small outpatient or office procedures and finally open surgery. Most prostate problems do not indicate cancer.

Recognizing the Symptoms of Prostate

Men over the age of fifty are at an increased risk of their prostate becoming enlarged, with the risk growing greater as the years advance.

The condition has a few different names but is commonly referred to as benign prostate hyperplasia (BPH).

It’s the enlargement that causes the trouble, as this puts pressure on the urethra, effectively narrowing the tube so it’s harder to pass water.

As more work is needed to force urine down the urethra, the muscles of the bladder become stronger and more sensitive. It starts contracting as soon as urine is present, making frequent bathroom trips a feature of the condition.

If the narrowing of the urethra isn’t treated, it eventually reaches the point where the bladder can’t work hard enough to overcome the narrowing, so urine remains in the bladder even after urination.

Symptoms to watch out for that may indicate a developing prostate problem, include:

Not emptying the bladder completely can lead to the development of urinary tract infections, bladder stones, incontinence or blood in the urine.

When to Visit the Emergency Room 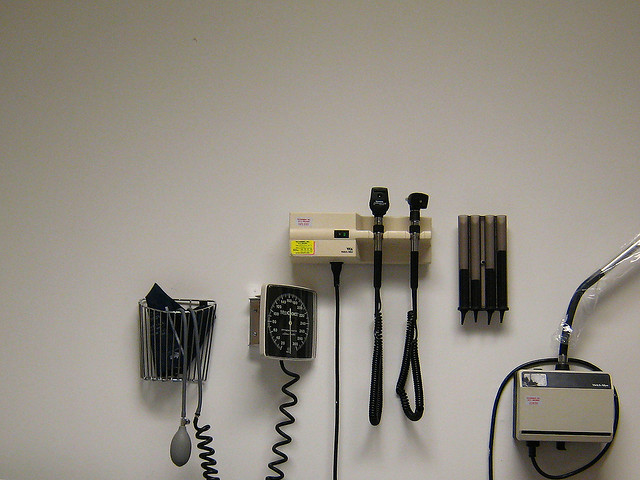 A serious condition arises if the urethra becomes completely blocked resulting in a total inability to pass urine. You should never ignore this life-threatening medical emergency. Urgent treatment is needed, and the ER can help.

Most men don’t seek help for prostate problems until they’re having to get up several times during the night and their urinary problems start affecting their lifestyle.

Diagnosing BPH is often a question of eliminating other, more serious conditions such as bladder or prostate cancer. A questionnaire developed by the American Urological Association is commonly used, which helps doctors to determine the severity of the problem.

After that, a period of watching and waiting occurs for those with a low score on the BPH Impact Index.

During this time the patient is monitored for changes in the condition which would increase the score on the index. A higher score on the index indicates to doctors at what point treatment should begin. This is generally not until the enlargement of the prostate starts interfering with life quality.

To that extent, it’s possible for patients to decide for themselves when it’s time to seek help or treatment. Ask yourself the following questions:

When the symptoms become inconvenient enough, it’s often easier to accept risks of side effects from treatment rather than continue as before.

Treatments for an Enlarged Prostate

What treatments are offered depends on age and severity of symptoms. What’s suitable for a younger man of 50 may not be best for one in his 80s. Your doctor will help you weigh up the options and discuss possible side effects.

Recent medical advances mean that sophisticated new treatment options are becoming available, and your doctor will happily discuss these with you, including possible side effects and the improvements you can expect. Most importantly, there’s no need to suffer in silence. Get your prostate examined and you’ll have peace of mind that all is well.