Stay in the Game: How to Avoid Injuries When Playing Soccer 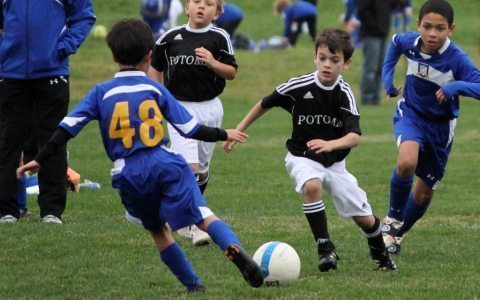 Soccer remains a favorite sport for both professional and amateur athletes. This fast-paced and competitive pastime calls for players to be ready to run and move at a second’s notice to keep up with the ball. With this game requiring such physical endurance, athletes often find themselves at risk of being injured, sometimes seriously, during play. When players want to remain safe, yet competitive, they would do well to understand some of the more common soccer injuries and how to avoid them.

Given the fact that players use their feet, legs and heads significantly throughout a match, it is little wonder that some of the more common injuries affect these parts of the body. In fact, while athletes routinely suffer injuries to their hands, fingers and wrists, they arguably are more apt to suffer an injury to their heads, necks and lower bodies simply due to how this game is played.

With that, competitors ready to take the field should appreciate the possible injuries that could be lying in wait for them. Some of the more frequent injuries that affect soccer athletes include:

All of these injuries can bring an athlete’s soccer career to a quick end and require significant recoveries. When they want to keep playing and avoid being hurt at all, competitors would be well advised to embrace strategies that will minimize their risk on the field.

Tape Ankles, Knees and other Joints

An athlete’s joint can be a significant weakness during a match. When players want to avoid their knees giving out, their ankles turning the wrong way and other joints in their bodies from being open to injuries, they should tape these areas before the game begins.

When their joints are taped, athletes will notice that they have better stability and can move with more confidence and strength. They can endure an entire match without worrying about suffering a painful and possibly game-ending sprain or fracture.

The most common protective gear that soccer players can wear is shin guards. Shin guards prevent a person from being kicked and hurt by another competitor on the field. It also keeps the person’s lower legs stable throughout the match.

Being in ideal shape for competition can be vital to preventing injuries in a match. An athlete who is out of shape and lacks the muscle tone and physical endurance for play can be vulnerable to torn muscles, dislocated joints and bones, and even more serious injuries like a concussion and compound fracture.

With that, people should condition themselves for the fast pace and physicality of this sport by lifting weights, running or jogging daily and by doing other aerobic exercises that will keep them in competitive shape. While most coaches implement such preparation during practices, people can also take the extra step of conditioning themselves at home or at a gym during downtime.

The old adage of “practice makes perfect” certainly applies to soccer and preventing injuries. Many breaks, sprains, concussions and other damages on the field happen simply because competitors lack the skill to play the game. Before they head into a match, players should make sure that they are actually ready for this kind of activity and that they understand how to play it well.

For example, a person who is new to soccer may inadvertently head the wrong way on the field and collide with an oncoming player. This collision can cause both people to suffer concussions, broken noses, dislocated shoulders, and other damages. This accident may have been prevented had the novice athlete known how to play the game. With that, practice can indeed make all of the difference in staying safe during a competition.

Stretching before and after a match can also help players stay safe and physically intact. Of course, most people know that they should stretch their muscles before they head into play. However, they may forget that it is just as vital to stretch after the match has finished.

Many soccer players are unaware that their muscles can cramp up on them just as soon as they walk off the field. They can prevent cramping, stiff muscles and even tears and pulls by stretching for a few moments once the game has come to an end.

Soccer remains a favorite of players and fans everywhere. Athletes can avoid these common injuries and ending their athletic careers prematurely by remembering these preventative strategies before the game begins.