Think you know what goes on inside your neighborhood emergency room every day? Think again.

On January 2, 2022, at 9 PM ET/PT, Discovery Channel will premiere a new show called “This Came Out of Me”. It is a series that gives the viewer a behind-the-scenes look at unusual and extreme medical emergencies treated by emergency room physicians every day.

Filmed at SignatureCare Emergency Center locations throughout Texas including Austin, Midland, Odessa, and Houston, “This Came Out of Me” will show audiences unusual things that end up in unusual places. 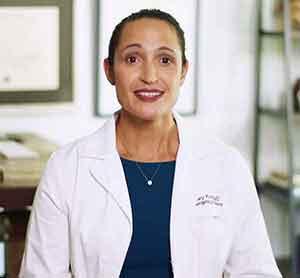 They will watch freestanding ER physicians deal with painful, unusual, and sometimes even gruesome emergency cases.

Examples of unusual things you will see throughout the series include a monster bug getting stuck in a patient’s ear and a piece of concrete getting trapped in a patient’s leg.

The unforgettable premiere spotlights Charlotte, a toddler who has wound up with a bead stuck up her nose that must be removed before she inhales the foreign body; Juan, a mechanic who heads to the ER when his hand is accidentally impaled with a tool while working on a car engine; Willis, who is suffering from an unruly abscess that has unfortunately taken root on his rear-end; Frank who is treated for a deep laceration on his index finger; and John, who is experiencing painful swelling in a very delicate area.

Need we say more? Get ready to be shocked!

Throughout the season of “This Came Out of Me”, these dedicated SignatureCare ER doctors will take on everyday cases ranging from a painful ingrown toenail to a broken arm, to a speck of metal in the eye and a toddler who says she swallowed her princess doll.

It is a must-see!

Viewers can follow the conversation on social media with #ThisCameOutOfMe.