Understanding the Different Types of STDs 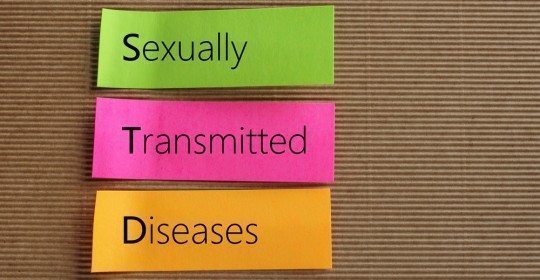 There are over 25 different STDs, and the one thing they have in common, apart from being easily passed from person to person, is that they can cause serious health problems whether there are symptoms or not.

How STDs Are Transmitted

Any type of sexual activity that involves genital intimacy, even oral sex, can pass on disease. In some instances, such as Chlamydia, mothers can also pass it to their babies during birth. It’s also possible to pick up infections simply by letting infected fluids touch your mouth, such as semen or discharges from other parts of the body.

Once you’ve been infected, many of the common STDs are curable with antibiotics. A few, such as Herpes, HIV, syphilis, and hepatitis B and C stay with you forever and it’s more a question of controlling symptoms than of finding a cure.

Here are the most common types of STDs, along with their symptoms and how they’re treated:

When the condition goes untreated, Chlamydia can be very serious. It leaves a patient more susceptible to getting HIV, and can also cause other serious conditions such as pelvic inflammatory disease (PID) in women. In extreme cases, it can infect other reproductive organs, causing ectopic pregnancies or infertility. Not everyone gets symptoms, but those that do appear include:

Fortunately, antibiotics can cure chlamydia. It’s recommended that sexually active teens be tested every year. Testing involves getting a pelvic exam where the doctor collects cell samples from the vagina or cervix.

Herpes is one of the STIs that can’t be cured. There are two different strains, HSV-1 and HSV-2. HSV-1 is the type that causes cold sores around the lips, but this type can also be passed on to the genital regions through direct contact when the blisters are in evidence.

The virus stays in the body even when there are no symptoms, and is susceptible to intermittent flare-ups. It’s possible for mothers to pass genital herpes on to babies, causing neonatal HSV, which can be fatal. Although there’s no cure, there are medications that can help shorten the periods when sores appear.

HIV (human immunodeficiency virus) can lead to AIDS (acquired immunodeficiency syndrome). Both make it harder for the body to fight off other diseases, and it’s possible to go for years without showing symptoms. When they do appear, symptoms are severe and usually include:

HIV is extremely dangerous, and it’s passed not only through sexual contact but also by sharing infected needles, including those used for tattoos. Early testing and treatment is vital, and while there’s no cure, there are treatments that help keep sufferers healthy for longer.

HPV is the most common STD in the United States. Often it will clear up by itself. There are, however, some types of HPV that cause serious consequences if not treated, including genital warts or cervical cancer. Some people show symptoms while some don’t have any, but anyone who’s infected can pass on the disease whether they show symptoms or not. Symptoms can include:

Testing is done via a Pap smear that collects cells from the cervix. There is no cure for HPV, and around 40 different types affect both men and women. The virus can cause cancers in the mouth, vulva or penis.

There is now a vaccine available against certain types of the HPV, and it’s recommended that all boys and girls be vaccinated at age 11 or 12. Women up to the age of 26 and men up to age 21 who have not yet been vaccinated are also eligible.

Everyone should take responsibility for their own sexual health, getting regular health checks and learning about, then practicing safe sex. STDs are passed quickly and easily, and it’s only through constant vigilance and awareness that we can keep ourselves, and our loved ones, safe and healthy.