What is the Blood Disorder Hemophilia? 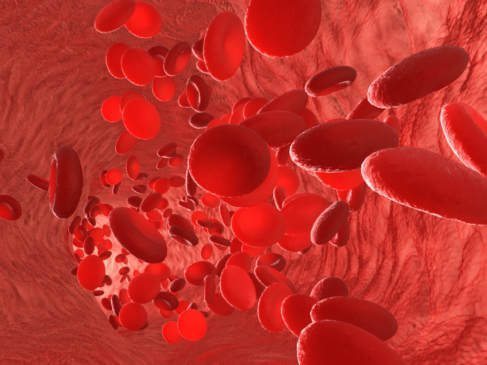 Hemophilia is not a single disease. It is actually a group of bleeding disorders that are inherited. These disorders cause exaggerated bleeding and the inability to properly clot and stop bleeding.

While rare, there is a third type of hemophilia called hemophilia C, which is a deficiency of Factor XI. The clotting effect in hemophilia C is not as pronounced as it is in A or B, which makes it less worrisome.

Hemophilia A and B are considered inherited disorders. They are found in an X-linked gene that is considered recessive. Therefore, the disorder is found more commonly in males than it is in females. Since the gene is recessive, it only becomes prominent when there is no healthy gene to take its place. Essentially, it is a filler gene that only shows itself when the other options are absent or too unhealthy to use.

Even though it is much rarer for a female to develop this disorder, it is possible. However, in order for this to occur, she would have to have a serious defect on both of her X chromosomes, or have one hemophilia gene and a missing normal X chromosome. If a female does inherit hemophilia, any of her male children have a 50% chance of inheriting the disorder because she is a carrier.

Hemophilia was termed the “Royal Disease.” This is because Queen Victoria, the queen of England between 1837 and 1901 was a known carrier of the disease. When married off, her daughters passed the disease to various royal families throughout the world by giving birth.

Signs and Symptoms of Hemophilia

Depending on many factors, hemophilia has the ability to vary in severity. The greatest factor in determining the severity of the disorder is the type of mutation or defect that caused the disorder. It also depends on how much damage is caused to the clotting factor. The extent of bleeding experienced is completely dependent on the amount of factor activity. The determination of severity is figured the same for both hemophilia A and hemophilia B.

With a severe form of this disorder, bleeding will start at a very early age. The bleeding may be spontaneous. People with mild hemophilia might only experience bleeding in cases of trauma or injury. Carriers of the female gender may exhibit varying degrees of bleeding and abilities to clot. Others may exhibit normal levels and do not show any excessive bleeding tendencies. It is not uncommon for a female carrier to exhibit clotting factors with a 50% reduction.

In severe cases where hemophilia A or B are present, the bleeding episodes are obvious in the first 24 months of life. The most common time to diagnose severe hemophilia is after circumcision, which is marked by heavy bleeding. For those with a mild form of the disease, the symptoms may develop later in life.

The most common site for bleeding is in the joints, muscles and GI tract. Other locations are listed below:

Unfortunately, due to the limitations in altering and repairing broken chromosomes and DNA errors, there is no way to prevent hemophilia. It is hoped that with advances in genetic and chromosomal manipulation, the defects that cause this condition can be prevented.

Recently, advancements have been made that make it possible for replacement clotting factors to be manufactured in a laboratory, without the need for donor blood.

Some patients with mild versions of hemophilia are treated with desmopressin, a drug that causes the body to create more platelets.

Other symptoms of the disorder are treated on a case-by-case basis, and are based on symptom management.