Pica is an eating disorder in which patients deliberately eat substances not culturally defined as food, such as dirt, hair or paper.

Although it’s generally considered a minor condition compared to others, extreme cases have resulted in low body weight, various nutritional deficiencies and a multitude of dangerous health complications. For this reason, it’s considered an important public health issue, especially where it concerns children.

Pica is not like other eating disorders. It has nothing to do with eating too little or too much, but rather with eating things that aren’t food at all.

Pica has compelled some people to eat strange objects like pens and pencils, as well as substances most would consider revolting, such as human or animal feces.

Although some pica behaviors do involve substances that are considered foods, they’re not usually eaten alone or in such large quantities. 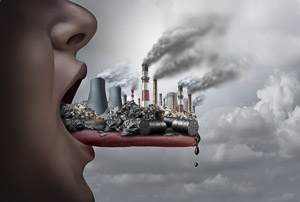 To avoid an incorrect diagnosis based on one or two incidents, pica is described as the persistent consumption of non-nutritive substances for a period of one month or more.

Some cases are benign and easily remedied, but others can have life-threatening consequences.

Even if it does go away, it can still reemerge and may continue to be a problem if not properly treated. Pica may also be a symptom of an underlying nutritional deficiency, such as a lack of iron in the diet.

If it is associated with a nutritional deficiency, it may actually clear up when the missing nutrient is added to the person’s diet. In other cases, it has also been known to end spontaneously.

Pica can be a factor in accidental ingestion of poisons, particularly in lead poisoning. This makes it particularly dangerous for young children, who are already curious by nature and prone to putting inappropriate items into their mouths.

It can result in various gastrointestinal problems including obstructions, perforations, ulceration and constipation.

It’s the most common eating disorder among individuals with mental retardation and has been observed in ethnic groups worldwide. It has also been known to occur alongside more severe mental illnesses, such as schizophrenia.

Although pica has been found among both genders and in all age groups, it’s found more frequently in children and pregnant women with nutritional deficiencies (especially iron, zinc and calcium).

It has also been included as a symptom of other eating disorders, including anorexia nervosa and bulimia. In certain cultures, it’s actually considered an acceptable practice.

According to statistics from the National Institutes of Health, up to 32 percent of children between the ages of 1 and 6 have been known to eat substances that aren’t actually food.

The condition is most likely to start when a child is 18 to 24 months old and is more likely to occur in children with other developmental problems.

Pica is actually not a newly recognized phenomenon, but rather one that has been recognized for centuries.