When Does a Pediatric Stomach Virus Become Serious? 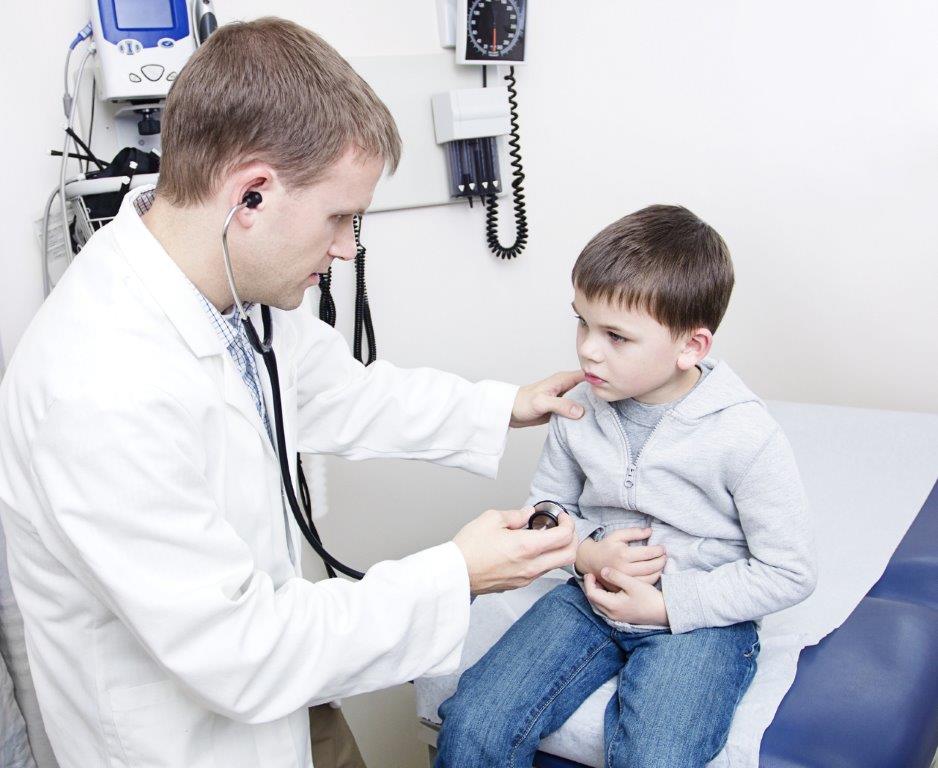 There’s no such thing as “stomach flu.” No, really. When your child displays the typical signs of what you’ve previously thought of under that name, it’s more likely to be a form of gastroenteritis than anything to do with influenza. It’s an infection of the stomach and intestines, and it’s usually caused by contracting a virus—although bacterial infections can also happen. If your child develops a stomach complaint, it’s best to get him or her to your nearest emergency room before complications develop.

What Is a Pediatric Stomach Virus?

There are two types of pediatric stomach virus that cause almost all incidences of gastroenteritis:

Norovirus: This virus affects people of all ages, including children. There are around 25 different strains of norovirus, and none of them are related to the influenza virus in any way.

Rotavirus: This type of virus affects mainly infants and young children, so it’s very likely to be the cause of any pediatric stomach complaints. Like the norovirus, rotavirus is an RNA virus and is easily transmitted between patients.

With all these virus strains, the patient is contagious for several days before symptoms appear, and for up to two weeks after recovery.

Your child can contract a pediatric stomach virus in several ways:

Frequent, effective hand washing by children, families, and workers is the best defense against the spread of gastroenteritis in children.

Is the Virus Dangerous?

The virus itself isn’t particularly dangerous, but experiencing ongoing symptoms can result in a weakened immune system and difficulty recovering from the illness. The pediatric stomach virus symptoms themselves can cause complications that can be life-threatening, such as dehydration caused by loss of fluids from vomiting and diarrhea.

How do you recognize when your child has a pediatric stomach virus? Look for a combination of two or more of the following symptoms:

The symptoms are similar to those caused by parasites such as giardiasis, so it’s easy to be confused between the two potential causes.

What to Do at Home About Pediatric Stomach Virus

Most bouts of pediatric gastroenteritis are “self-limiting” in that the immune system eventually overcomes the virus and the patient begins to recover. Home treatment can include therapies to address the symptoms, such as avoiding dairy products or sugary foods, getting plenty of rest and rehydrating with small sips of clear broth or non-caffeinated sports drinks to replace the electrolytes.

It’s important to get your child to a doctor if the symptoms of pediatric stomach virus get worse or last for longer than 5 days. If she develops severe stomach cramps or bloody diarrhea, these could be signs of a more serious illness than a stomach virus. Signs of dehydration are also a cause for immediate concern.

If your child develops these signs of dehydration, go to the emergency room immediately.

Loss of fluids and the inability to replenish them can lead to a number of complications including kidney failure, so it’s vital to make sure your child doesn’t show signs of dehydration.

What the ER Doctor Will Do

Take your child to your nearest emergency room if you suspect a pediatric stomach virus. The doctor will perform a physical examination and ask questions to rule out other possible causes and could recommend that you give her acetaminophen in small doses to lower her fever. The doctor may also suggest hydration aids such as electrolyte replacement compounds to mix with water, and bland foods for a few days to avoid irritating the stomach further.

Vigilance is the best weapon your child has against a pediatric stomach virus. Teach her to wash her hands regularly, avoid sharing foods and eating utensils, and to be selective about the water that she drinks.