When Should You Go to the ER for Heartburn? 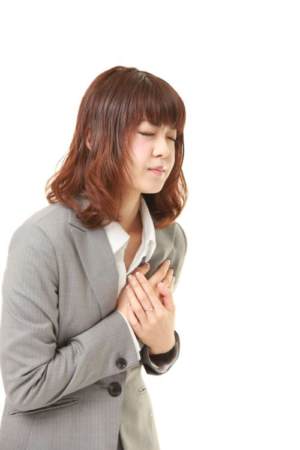 Heartburn is a common health problem for millions of Americans and does not normally require a visit to the emergency room but there are times when you should go to the ER if your heartburn is severe.

In fact, the American College of Gastroenterology estimates that more than 60 million people in America have acid reflux at least once during the month, and around 15 million people get it on a daily basis.

It is most common in obese people, the elderly, and pregnant women, although it can affect anyone including children and babies.

In most people, acid reflux is a mild, temporary feeling of discomfort that comes on occasionally after eating a big meal or foods that are rich and spicy. Over-the-counter medications can help ease the discomfort, and the body usually corrects itself within relatively short order.

Occasionally, however, it can develop into a potentially more serious problem called gastroesophageal reflux disease, or GERD. People who have GERD generally experience acid reflux more than twice a week.

If the condition is allowed to go untreated, it can cause inflammation in the esophagus, leading to a condition known as esophagitis. This is a potentially serious condition that causes difficulty and pain when swallowing. It can also cause a narrowing of the esophagus, bleeding, and can lead to Barrett’s Esophagus, which is a precancerous condition.

Heartburn, or acid reflux, can also mimic the symptoms of a heart attack. This often makes it difficult for individuals to accurately assess and diagnose what they are feeling, and how serious their symptoms are. Learning to tell the difference means you can make an informed decision about whether you need to go to the ER for heartburn when you experience an attack.

Between the esophagus and the stomach is a band of muscle called the lower esophageal sphincter (LES). When it’s operating properly, these muscles contract and relax, allowing food and drink to pass into the stomach and then prevent stomach acid escaping back into the food pipe.

When the muscles weaken, they don’t close properly, and stomach acid can leak into the esophagus, causing heartburn or GERD. An endoscopy can reveal the extent of the damage, showing whether the acid reflux is erosive or non-erosive, which means whether there are breaks in the esophageal lining.

There are various symptoms to watch out for in acid reflux, including;

When You Should Go to the ER for Heartburn

Normally, heartburn doesn’t need treatment in the ER. Over the counter remedies, such as antacids, are available to calm the burning effect and reduce the symptoms. However, you should seek medical advice or go to the emergency room (ER) for heartburn if the symptoms recur frequently or if you get any of the following additional symptoms:

Any of the above symptoms can indicate serious medical conditions that need early investigation. Sometimes they may indicate you have sustain damage to the esophagus from the leaked stomach acid, or they may indicate the presence of an ulcer in the intestines or the stomach.

Similarities Between Heartburn and Heart Attack

GERD symptoms often mimic those of a heart attack because much of the pain is located in the chest. Sometimes, even experienced doctors will struggle to tell the difference if they don’t know your medical history and can only give you a physical exam.

Although there are similarities between the symptoms of acid reflux and heart attack, there are differences too and these include:

Some physicians recommend taking antacids if you suspect the pain is stomach related. If you’re correct, the medication will make the pain recede. It will have no effect, however, on heart pain. Similarly, chewing an aspirin may relieve pain from the heart, but may also make digestive disorders worse.

If you have severe chest pains and don’t know what caused it (remembering a spicy meal the night before, for instance) it’s best to err on the side of caution and go to the ER for heartburn. An ECG is one of the tests doctors will perform to monitor the function of your heart. If this is inconclusive, further tests such as blood work or imaging tests on the heart and blood supply can provide the answers.

Many people worry about bothering ER staff unnecessarily, and are concerned about feeling embarrassed if their heart attack turns out to be nothing more serious than indigestion. This worry is misplaced, since all hospital and emergency rooms would much rather diagnose acid reflux than leave a serious heart condition untreated.