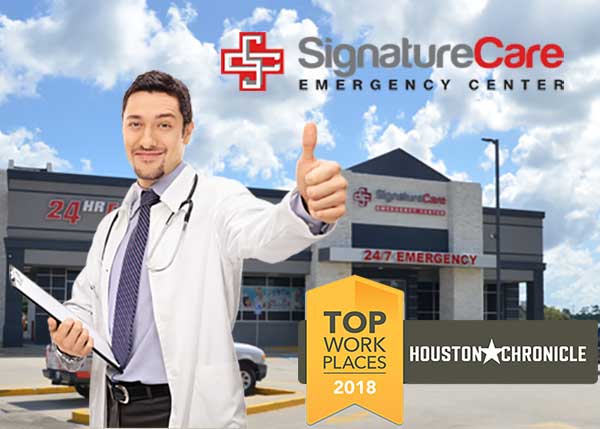 SignatureCare Emergency Center has been selected by the Houston Chronicle as one of Houston’s top workplaces of 2018. This follows similar awards in 2016 and 2017.

The Houston, TX based media company named SignatureCare Emergency Center as one of the mid-sized companies that goes the extra mile to make its employees “feel like they’re part of something meaningful.” 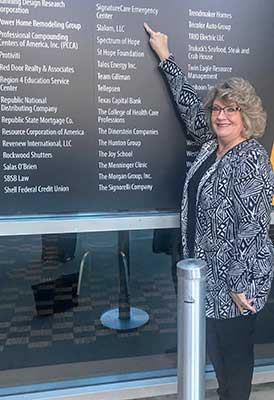 In the annual survey of Houston area employers, 81 percent of responders, including numerous SignatureCare Emergency Center employees, said that in 2018, they found more job fulfillment than in previous years.

“I feel proud and empowered to work for a company that puts their team members before the bottom line,” one employee wrote, according to the Houston Chronicle.

Most employees who participated in the survey named “company direction, feeling appreciated and feeling part of something meaningful,” as some of the factors that influenced how they felt about their employers.

“This is a great honor. This is our third consecutive selection and every employee should be proud of this award. Our employees work hard to ensure that SignatureCare Emergency Center is a place everyone is happy to come to and our goal is to keep it that way,” Dr. Bansal said.